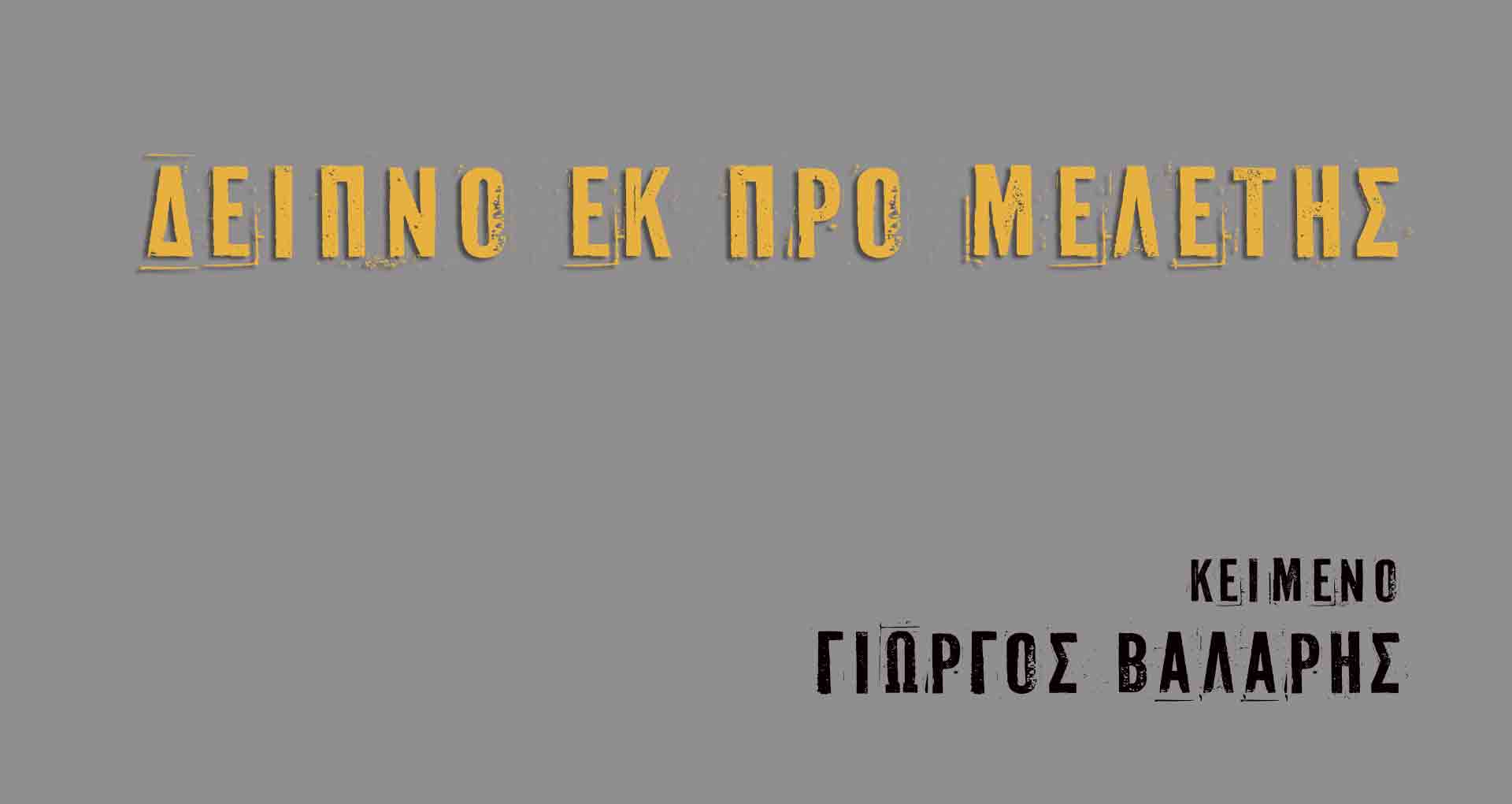 The succesful ''drasis'' team, presents ''Planned Dinner'' every Monday and Tuesday at ''Bretania'' theater. A dark comedy by George Valaris based on a hit American movie. 2005, USA. A group of college students wonders: ''If you were teleported to 1909 in an Austrian bar and met a young artist named Adolf Hitler, would you instantly murder him, even though at the time he had yet to commit a crime, knowing that you'd save millions of people or would you let him live?''


Web Design and Development by © Artmaker 2020